MINDFULNESS, THE "SELF" AND SERENITY

Many, especially those in Twelve-Step Programs, will be familiar with what is known as The Serenity Prayer. The prayer was written by the famous 20th century Protestant theologian Reinhold Niebuhr.

The short form of the prayer (see above) is usually employed but there is also an extended version as well, the wording of which can be found on the link above to The Serenity Prayer. Here is the form of the prayer that is most widely known and used:

Some people have trouble with the word "God". I always say to such people, "As Krishnamurti used to say, 'The word is not the thing'." The word "God" means "God as you understand [God]", and I have come to understand the word as referring not so much to a supposed "Higher Power"---for I dislike that expression as it tends to suggest that there are supposedly "higher" and "lower" levels or orders of reality (which I believe is not the case, on both philosophical and scientific grounds) - but a "power-not-oneself". 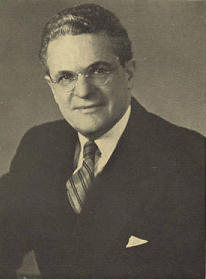 I am very grateful, as are many others, to the late Rev. Dr Dilworth Lupton (1883-1972) [pictured above] (for more on him, see here as well as here), sometime minister of the First Unitarian Church (Universalist-Unitarian) in Cleveland, Ohio, and later of Waltham, Massachusetts, who used, and perhaps coined, the phrase "a power-not-ourselves". (I am, of course, aware of Matthew Arnold's oft-quoted "definition" of God as "the enduring power, not ourselves, which makes for righteousness".) See Lupton's sermon "Mr X and Alcoholics Anonymous" delivered on 26 November 1939 when AA was in its very early years. (For those interested, see also my address "Unitarianism and Alcoholics Anonymous".)
In any event, Step 2 (“Came to believe that a Power greater than ourselves could restore us to sanity”) of The Twelve Steps refers to a "Power greater [NOTE: not necessarily "higher"] than ourselves". Also, there are only 2 places (on pp 43 and 100, respectively) in the 4th edition of the "Big Book" of AA---entitled Alcoholics Anonymous---where the actual expression "Higher Power" is used, but there are numerous other places in the book where other expressions are used to refer to the need to find a "power" or simply "Power" (to overcome the problem of "lack of power") and to the "God" of one's own understanding.

I have no difficulty in believing in a "power-not-myself" or a "power greater than myself". Why? Because there is no such thing as "self". Now, I know that is a hard concept for many to grasp, but I firmly believe it to be true. Dr John Hughlings Jackson (pictured immediately below), who was the founder of the (then known) British School of Neurology, wrote that there is something intrinsically wrong with our notion of the "self". Jackson demonstrated - yes, demonstrated - that consciousness is neither a fixed quantity or quality nor of fixed duration, but simply "something" quite intermittent in nature that undergoes change moment by moment. 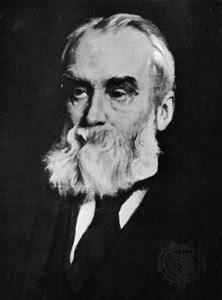 The idea that there is no actual "self" at the centre of our conscious (or even unconscious) awareness comes as a great shock to many (except to Buddhists, who rightly assert not a doctrine of "no-self" but the fact of "not-self", and to various metaphysicians), but it is the view held by most, but not all, neuropsychiatrists, neuroscientists and other like professionals.

The truth is our consciousness goes through continuous fluctuations from moment to moment. As such, there is nothing to constitute, let alone sustain, a separate, transcendent "I" structure or entity. True, we have a sense of continuity of "self", but it is really an illusion. It has no "substance" in psychological reality. It is simply a mental construct composed of a continuous ever-changing process or confluence of impermanent components ("I-moments") which are cleverly synthesized by the mind in a way which appears to give them a singularity and a separate and independent existence and life of their own.
The Scottish philosopher David Hume wrote that we tend to believe that the "self" is real and one because of what we perceive to be the "felt smoothness of the transition which imagination effects between point and point", but all that we are dealing with, he said (as have many others over the years such as Friedrich Nietzsche and Bertrand Russell), is a bundle of experiences which have the illusion of continuity about them. The truth is that the "self" is not an independent "thing" separate from the various aggregates of which we are composed as persons. Indeed, every attempt to postulate or assert the existence of a "self" is self-defeating (hmmm) as it inevitably involves an element of self-identification. (According to Buddhism, there are 5 such aggregates: form or matter, feeling or sensation, cognition or perception, volition or impulses, and consciousness or discernment.)
So what gives us this sense of mental continuity? How does it arise? Russell and others have written that our mental continuity is simply the result of habit and memory. Each one of us is a person in our own right - I am not denying that. However, the person which each one of us is recognizes that there was, yesterday, and even before then, a person whose thoughts, feelings and sensations we can remember today ... and THAT person each one of us regards as ourself of yesterday, and so on. Nevertheless, this "myself" of yesterday consists of nothing more than certain mental occurrences which are later - say,  today - recognized, interpreted and regarded, and, more importantly, remembered, as part of the person - which each one of us is - who recollects those mental occurrences.
Now, let's get back to this supposed "I" (and "me"). Actually, within each one of us there are literally thousands of "I's" and "me's" ... the "I" who wants to go to work today and the "I" who doesn't, the "I" who likes "me" and the "I" who doesn't like "me", the "I" who wants to give up smoking and the "I" who doesn't, and so forth. In his book Esoteric Mind Power Vernon Howard writes about what he calls the "self-divided man" who "consists of dozens of ‘selves’ which fight each other in taking him over for a few minutes at a time." Howard writes:


"Living in a state of psychic riot, he is thrilled one minute and dejected the next. One part of him is a danger to another part. So what can be trusted? Nothing. The self-knowing man has cleared his mental streets of these rioters, leaving him with a whole and healthy mind, which can be trusted completely."

Think about it for a moment ... how can the "self" change the "self", if self is non-existent? It can't. End of story. I love what William Temple (pictured immediately below) had to say about the matter. He said, "For the trouble is that we are self-centred, and no effort of the self can remove the self from the centre of its own endeavour." Therefore, let us free ourselves from all forms and notions of self-identification, self-absorption, self-obsession and self-centredness. 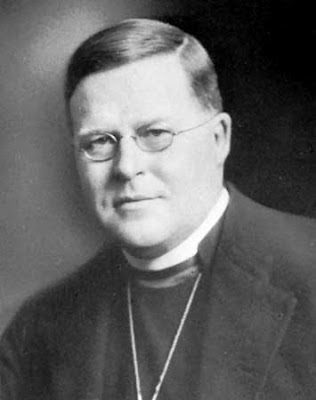 Are you familiar with the Zen koan about the goose in the bottle? The goose grew and grew until it couldn't get out of the bottle. The man didn't want to break the bottle or hurt the goose, but he did want to get the goose out of the bottle. So what did he do? Ponder on that one for a day or two ... but please do not email me for the supposed "answer"! Here's a simpler piece of Zen. A disciple asks,"Master, what is my 'self'?" The master replies, "What would you want with a self?" Indeed.

Now, if we want change - especially positive change - in our lives, we have to rely upon a "power-not-oneself" ... that is, the power of "not-self". Your such power may well be different from mine. That doesn't matter at all ... as long as we realize that the so-called "I", as Krishnamurti used to point out, is simply a habit and a series of words, memories and knowledge ... which is the past. Note that - the past. The "I" and "me" of us - and even the belief (actually, misbelief) "I am I" - are simply brought about by thought ... and thought is always a thing of the past as well.

The Serenity Prayer recognizes the importance of Mindfulness. Let me explain.
The prayer begins with the words, "God grant me the serenity to accept the things I cannot change". What are those things? Without attempting to give an exhaustive list, here are some of the biggies ... there is no "self" which can change "me" ... I have no power to change myself (my "self") nor other people ... I cannot change the past, and that includes my past actions and my past intentions, as well as the accumulated results (karma, if you like) of those things ... although there is something that can be done about the latter. Thank goodness Mindfulness is all about the present. 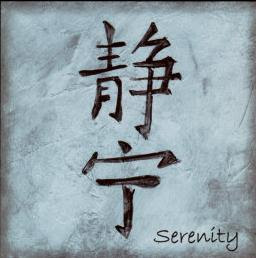 The prayer continues with these words ... "courage to change the things I can". What are those things? Again, without attempting to give an exhaustive list, here is perhaps the most important thing of all ... my present and, as a consequence, my future. How? (I know we should never ask "how", but, be that as it may ... .) By being mindful in the present moment ... moment by moment ... and by mindfully making choices in the present ... I can, and will, gain insight and understanding into the person which I am, as well as other persons to the extent that it is possible to truly understand (that is, "get into the mind" of) others. (By the way, insight means seeing the way things really are. Understanding is "learning", which Krishnamurti described as being "movement from moment to moment".)
The short form of the prayer concludes with these words ... "and [the] wisdom to know the difference"? How do we gain that wisdom? (There's that word "how" again!) Well, by means of the regular practice of Mindfulness we gain, as already mentioned, insight and understanding into the person which each one of us is. That insight and understanding brings us wisdom ... NOT book knowledge, but true spiritual (that is, non-material) wisdom.
We are then able to know the difference between, to use some expressions commonly used in Buddhism, what is "wholesome" and "skilful", and what is "unwholesome" and "unskilful", for each of us.
Amen.﻿

The Person Who Used to Be You
Forget About Having a 'Transcendental' Experience!
A Spiritual Guide to Mindful Living
Famous Christians on the 'Self'
Know Thyself! Unchain Thyself! Right Now! Right Now!
Your Mind is its Own Prison
The Mindful Art of Knowing Oneself