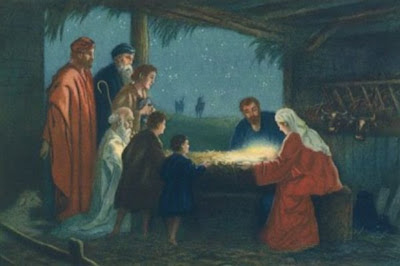 I love Christmas! I love it as much as I did when I was a small child.

Carl Jung called this ‘Child’ the ‘Divine Child.’ Emmet Fox called it the ‘Wonder Child,’ the indwelling Presence of God within each of us. Charles Whitfield calls it the ‘Child Within.’ Some psychotherapists and religionists refer to it as the ‘Real Self’ or the ‘True Self’ in contradistinction to that illusory false ‘self’ which we mistakenly think is us. 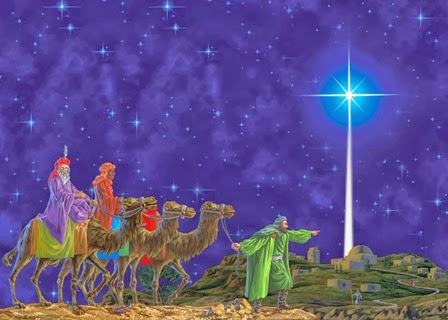 For me, the birth of the Christ Child refers to the awakening within us of the conscious but choiceless awareness of the indwelling presence within us of life, truth and love. Call it 'God,' if you wish, but we are certainly not talking about some far-away, anthropomorphic Deity. No matter how we try to describe this ultimately ineffable but otherwise very real experience, there is a penetrating and illuminating awareness of a 'larger reality,' even though that reality is still grounded in, and otherwise very much part of, so-called 'ordinary' reality. Such an awareness is, in this very special instance, occasioned by a profound sense of the numinous – that is, the awe-inspiringly sacred or holy.

First, there’s the Virgin Mary, to whom the angel Gabriel speaks in such a special way. Only a mind which is alert and mindfully aware of, and in love with, life, truth and love - yes, a pure mind - can give birth to the Wonder Child. There needs to be a conscious, mindful orientation of thought and affection towards spiritual (that is, non-material) things and a radical detachment from all earthly and material things. Mary symbolises all of this. (This is all lost on most of the 'occupants' of the so-called 'big end of town' - the Herods - who follow an altogether different 'star,' being 'guided' by a different set of 'wise' men and women – just like the original Herod, who, we are told, consulted his own astrologers ... but was unable to find the Christ Child.)

Yes, the Virgin Mother listens and then waits … patiently ... and with 'curiosity.' 'Conception' is by perception. That is why it is said to be a 'virgin' birth. Never forget that. We perceive ... and then conceive. 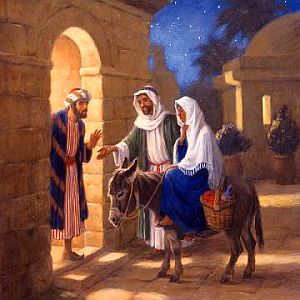 Now, the Wonder Child is born in a stable. Why? Because 'there was no place' in the inn.  Yes, truth is always born in humble and seemingly unworthy surroundings. The Wonder Child can never be born in the inn - that is, in the heart of the person who has no ‘room’ for spiritual ideals and truths ... the person who is too busy and too proud to let the Child come to life.

The Child is born in a stable, not into a palace. (Take note, all who preach a prosperity gospel.) The only precondition is the willingness to have one’s ego deflated with the humble acknowledgment that the self that is held in bondage cannot change itself because it has no power of itself. Only a power-not-oneself can deliver us and relieve us from the bondage of self. The experience is a 'birth,' but every birth is also a 'death,' in this case a death to 'self,' and all that entails.

Yes, the recovered [or recovering] alcoholics and addicts of this world know the reality of the inner birth of the Wonder Child. They have experienced it ... in all its wonder! So have those who have triumphed in their spirit against cancer and other serious illness, even if many of them ultimately succumb to their illness in their bodies. We are talking about the indomitability of the human spirit ... where the word human is simply not 'big' enough to capture the essence and character of the experience – an experience which is nothing other than ... divine!

Who are they who are 'chosen' (or rather choose) to experience and know?  The shepherds! Persons who live close to the earth and the simple, lovely things of earth. Those who are patient, humble, resourceful and above all faithful. Those who, in Biblical language, ‘keep watch over their flock by night’ – that is, those who are always being mindfully aware of, and alert to, their thoughts as well as what is happening from one moment to the next, those who (in the words of Mary Baker Eddy) 'stand porter at the door of thought.' The shepherds did still more. They also watched and listened. They heard some sort of ‘heavenly music.’ Yes, to them came 'the angel of the Lord.' So, what did they do? They ‘came with haste,’ to ‘see this thing which is come to pass.’ Powerful imagery, indeed. It is not irreverent to assert that these people lived mindfully in the fullest sense of the word. 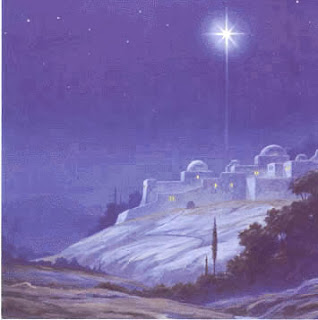 Then there’s the star---the 'blazing star' of the Mysteries---given to the watching ones. There’s a star that shines for all of us. It is an inner light, and it shines within each one of us. Call it our 'divine spark,' if you like. It is the light, or state of consciousness, in the form of an inner illumination which leads us to the one, true Light that enlightens each of us (cf Jn 1: 9). Can you see that star? Be still. Look within. Be aware that you are aware. Observe. Notice. Let be. Then you will see your star shine forth! Yes, it will glow in your heart, and others around you will notice the incredible change that has occurred in you. However, we must continue to mindfully follow the star throughout our lives, for the star is our life purpose ... as well as our spiritual practice (which includes but is not limited to our mindfulness practice).

And then there are the wise men from the east. Astronomers, or perhaps astrologers. They, too, watched. They, too, observed. They, too, noticed. They watched the heavens, and they saw … a star – indeed, ‘the rising of his star.’ Like Mary, and like the shepherds, the wise men perceived. What did they perceive? A revelation of reality ... in a very special and intense way. Theologians tell us we can know the Divine only as the Divine chooses to reveal Itself to us. So, we must listen to that ‘still, small voice’ within us that says … this is the way! In the words of John Oxenham, 'To every man there openeth/ A way, and ways and a WAY.'

Then there’s the Wonder Child himself, full of glory, full of might. May you find that Child … now!

WILL YOU LET THE CHRIST CHILD BE BORN IN YOU?

THE PAGAN ROOTS AND ORIGINS OF CHRISTMAS

THE TRUE MEANING OF EASTER: THE ETERNAL COSMIC SACRIFICE 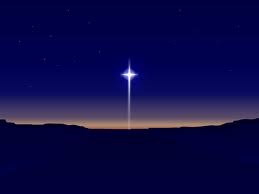