THE PROBLEM WITH ORGANIZED RELIGION

'Religion is a monumental chapter in the history of human egotism.'
- Professor William James. 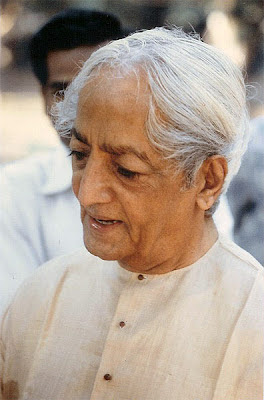 ‘You may remember the story of how the devil and a friend of his were walking down the street, when they saw ahead of them a man stoop down and pick up something from the ground, look at it, and put it away in his pocket. The friend said to the devil, "What did that man pick up?" "He picked up a piece of Truth," said the devil. "That is a very bad business for you, then," said his friend. "Oh, not at all," the devil replied, "I am going to let him organize it."’

There are many problems with organized religion---indeed, with anything that is ‘organized.’ As Krishnamurti often pointed out, Truth cannot be organized. Krishnamurti famously said:

‘I maintain that Truth is a pathless land, and you cannot approach it by any path whatsoever, by any religion, by any sect. That is my point of view, and I adhere to that absolutely and unconditionally. Truth, being limitless, unconditioned, unapproachable by any path whatsoever, cannot be organized; nor should any organization be formed to lead or to coerce people along any particular path. If you first understand that, then you will see how impossible it is to organize a belief. A belief is purely an individual matter, and you cannot and must not organize it. If you do, it becomes dead, crystallized; it becomes a creed, a sect, a religion, to be imposed on others. This is what everyone throughout the world is attempting to do.’

So, the main problem with religion---all religions---is just that. They all try to organize Truth in one way or another. Some even go so far as to assert that their particular 'version' of Truth---they never actually say 'version', but that's what it is---is the one and only 'true' one. That is why most religions insist upon uniformity, conformity, fidelity---and obedience. Fortunately, more and more people are coming to realize that no one can have  a monopoly on Truth---for Truth just is.

The adherents of organized religion think that they are free, but they are not. They are in bondage. They are in prison. And most of them are oblivious to the fact of their bondage and imprisonment. 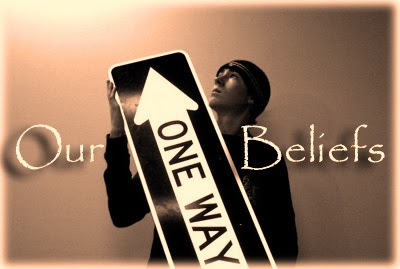 First, the adherents of organized religion are in bondage to beliefs. The Pāli word ditthi is wide enough to embrace beliefs, views, thoughts, ideas, theories, opinions, and doctrines. All of these things are thought coverings or veils (āvarnas). That is how Shakyamuni Buddha referred to them. These thought coverings or veils do not reveal reality, indeed they block and distort reality. How? Well, they prevent us from knowing and experiencing things as they really are in all their directness and immediacy. Everything gets 'filtered' down to us through our beliefs and opinions---and through the distorting prism of dogma. As I've said so many times, beliefs and dogmas are a menace to society---and a total, impenetrable barrier to true knowledge and wisdom. Beliefs and dogmas are always someone else's 'version' of reality---the result of someone else's conditioned mind, mental habits and fragmentary thinking, that is, the past. There is nothing of any value to believe, and there is nothing to be gained by believing anything or anyone. Just observe. Then you will know---and understand.  that regard, Buddha got it right. He said, 'Do not believe, for if you believe, you will never know. If you really want to know, don't believe.' (To me, the Buddhist approach to Truth or reality is so much better than Christianity's 'believe and be baptized' [Mk 16:16].) 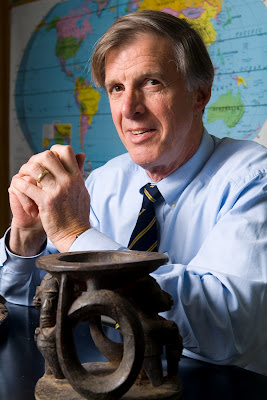 Secondly, the adherents of organized religion are in bondage to superstition. The amount of superstition in religion varies greatly from one religion to another. Despite what I have just written about Buddhism, I have found, at least in some Buddhist sects or denominations, a lot more superstition than in most traditional forms of Christianity. That is quite disconcerting.

Why is superstition a problem? The answer is obvious. Superstition is a distorted, falsified view of reality. Superstition asserts the existence of a mechanical luck-ridden world which is said to be responsive to our own individual or collective thoughts, ideas and prayers. This is not the case in reality. For the most part, the world is indifferent---and sometimes downright hostile---to our very being. Superstition is nothing more than ‘magical thinking.’ According to anthropologist Dr Phillips Stevens, Jr (pictured right), magical thinking involves several elements, including a belief in the interconnectedness of all things through 'forces' and 'powers' that supposedly transcend both physical and spiritual connections. Magical thinking invests special powers and forces in many things that are seen as symbols. According to Stevens, ‘the vast majority of the world's peoples ... believe that there are real connections between the symbol and its referent, and that some real and potentially measurable power flows between them.’

Thirdly, the adherents of organized religion are in bondage to ‘holy books’ and ‘sacred scripture.’ Now, don’t get me wrong. I have enormous respect for the sacred texts of the world’s religions, provided those texts and their teachings are read, interpreted and applied rationally and humanely, and the underlying ‘myths’ are properly and sensibly understood. For example, much of the books comprising the Bible are written in figurative, metaphorical, allegorical, symbolical and spiritual language, and must be interpreted and applied in that manner in the light of reason and contemporary knowledge.  However, I make no claims of infallibility or inerrancy for any of those sacred texts, nor will I slavishly follow them where reason or common sense---or simply the results of my life experience---suggest they are wrong. A statement is not true merely because it is in the Bible---or in the Qur'an, or whatever. How silly to think or believe otherwise!

Fourthly, the adherents of organized religion are in bondage to ‘teachers,’ ‘saviours,’ and ‘gurus’ of various kinds. Some are guided by their Pope, their parish priest, or their pastor expounding the Word of God. Others are guided by the ‘Holy Spirit.’ Still others are guided by teachers and leaders of other kinds. To the extent that these persons accept, at face value, the views or teachings of others in authority---whether temporal or spiritual---they do not think for themselves, but simply accept another person’s version or understanding of reality. The latter can never be reality itself but only a false substitute for it---a counterfeit reality, if you like.

Fifthly, the adherents of organized religion are in bondage to rites and ceremonies of various kinds. Truth cannot be concretized in any way. If you try to do that, Truth ‘dies’ on you. Yes, rituals of various kinds can be hugely transformative---I have seen the power of that in my own life and in the lives of many others. The important thing is not to lose sight of the bigger picture. Rites and ceremonies are simply a means to an end. Ritualists and ceremonialists tend to lose the plot. (When I was in holy orders in the Liberal Catholic Church---a highly ritualistic church which is very much open to the ideas of mysticism and extra-sensory experience---we had some old members say, ‘Every word of our Liturgy has been clairvoyantly inspired, so we must not change a word or syllable of it.’ That’s one of the reasons why I am no longer a part of that church, although there is much that is wonderful in and about it.) 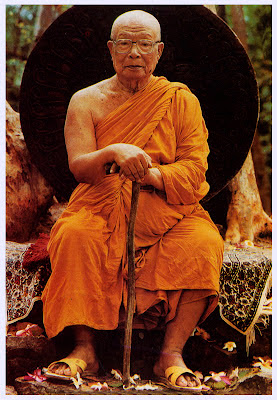 As a Unitarian as well as a practising Buddhist, I cherish religious naturalism and the use of reason and free thought. For me, the sacred or holy is ordinarily to be found in the ‘ordinary’ as opposed to the ‘extraordinary,’ in the ‘natural’ as opposed to the supposedly ‘supernatural.’ Truth is all around us, and is us. We can never be out of contact with Truth or reality. We are always in direct and immediate contact with Truth as it unfolds as our life’s experience from one moment to the next. Do not seek Truth afar. It is right here---now!


Note. Here is a wonderful address from Buddhadasa Bikkhu (pictured left) entitled The Prison of Life. I have derived great benefit from reading and studying it. I hope you do, too.

Acknowledgment is made, and gratitude is expressed,
to the Krishnamurti Foundation of ,

BETTER TO NOT BELIEVE AT ALL

MINDFULNESS IS A PATHLESS LAND

KRISHNAMURTI AND THE TRUE ESSENCE OF MINDFULNESS

YOU'RE AN ATHEIST? THAT'S GOOD!