CAN WE REALLY LIVE WITHOUT ANY BELIEFS AT ALL? [Part 2] 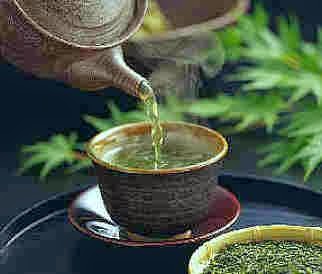 Well, is it actually possible for us to live without any beliefs at all? I think we can---and must.

As I've often written on this blog, beliefs hold us back as we fall back on the safety and security of our beliefs rather than think and live freshly and spontaneously.

Worse still, beliefs prevent us from seeing things as they really are, because they distort our perception, and thus our understanding, of reality. Why? Because everything gets filtered through the distorting lens of our beliefs.

Over time, beliefs harden into belief-systems, with the latter becoming as hard, solid and impenetrable as the toughest concrete.

Here’s a Zen story entitled ‘A Cup of Tea.’ It’s a real gem. 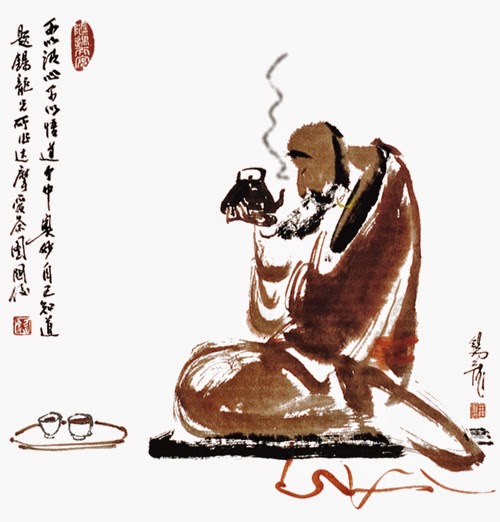 Nan-in, a Japanese master during the Meiji era (1868-1912), received a university professor who came to inquire about Zen.

Nan-in served tea. He poured his visitor’s cup full, and then kept on pouring.

The professor watched the overflow until he no longer could restrain himself. ‘It is overfull. No more will go in!’ exclaimed the professor.

‘Like this cup,’ Nan-in said, ‘you are full of your own opinions and speculations. How can I show you Zen unless you first empty your cup?’

Now, if Zen means anything, it is this---true wisdom comes from an intuitive grasp of the reality of things. However, in order to see things as they really are we must observe all things with choiceless awareness, that is, an observation of what is that is silent, extensive, and non-judgmental. 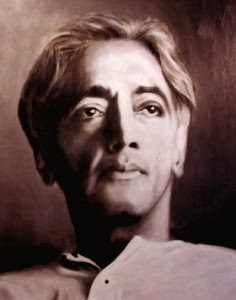 However, in order to observe with choiceless awareness, we must let go of our conditioning, that is, our many beliefs, dogmas, opinions, speculations, prejudices and predilections. As J. Krishnamurti [pictured right, and below] would often point out, conditioning is the past, and it locks us into the past. When we are trapped in the past, we are no longer present to life as it unfolds from one moment to the next. That’s not the end of it. Conditioning represents other persons’ understanding of reality or truth, it is not truth itself. Where there is conditioning, there is no understanding.

In Christian theology there is the concept of kenosis (from the Greek word for emptiness κένωσις, kénōsis), which refers to the 'self-emptying' of oneself in order to be filled with the divine. In the New Testament we read that Jesus ‘made himself nothing’ (Phil 2:7), that is, emptied himself. Unless we empty ourselves of self-concern and all that holds us back we will never come to know truth.But how does one let go of conditioning, you may ask? Never ask how, because you are then asking for a method, a technique, and all such methods and techniques are nothing but conditioning. However, it’s even worse than that, as Krishnamurti has pointed out:

I think it is very important to understand that any effort made to free oneself from one's conditioning is another form of conditioning. If I try to free myself from Hinduism, or any other ism, I am making that effort in order to achieve what I consider to be a more desirable state; therefore, the motive to change conditions the change. So I must realize my own conditioning and do absolutely nothing. This is very difficult. But I must know for myself that my mind is small, petty, confused, conditioned, and see that any effort to change it is still within the field of that confusion; therefore, any such effort only breeds further confusion.

It’s the old, old story, namely, no effort of the self can remove the self. Don’t try to remove the self. It can’t be done. Indeed, don’t try at all, but rather look, observe … and let. Once you see the folly and illusion of all self-effort, and the futile attempt by one self to remove another self from one’s life (which is the basis of so-called willpower), you will come to know the truth as one. It’s as simple as that. Simple, but not easy. The good news is that the mind can free itself. Here’s Krishnamurti again: 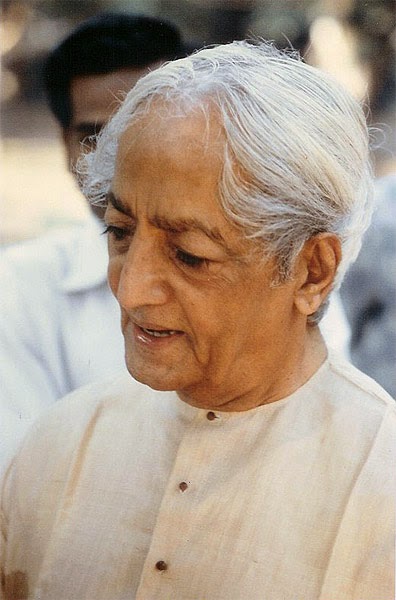 ‘The mind frees itself from [the] conditioning.’ But for that to occur there needs to be a choiceless awareness of the presence of conditioning---that is, no condemnation, no judgment, no analysis, no interpretation, no evaluation, just a ‘total perception’ of life as it unfolds from one moment to the next. That’s where mindfulness comes in, for that is what mindfulness is. It’s all about developing and using what I've referred to elsewhere as a mindful mind of no-mind---that is, an empty mind, a mind that is always open to truth as it unfolds unceasingly, a mind characterised by openness and passive alertness. Truth is never static. It is dynamic. Conditioning, including all belief-systems, is otherwise. A conditioned mind is a closed, conflicted, and divided mind.

I once heard an Anglican bishop say that if we would travel far, we must travel light. He was right. But in order to travel light we must allow our mind to free itself from all conditioning, which is the past. What we call the ‘self’---the self that likes or dislikes this or that, the self that believes or disbelieves one thing or another---is nothing but the cup of conditioning and a divided mind. How can you know Zen---that is, truth, reality, life---unless you first empty your cup? There's a saying in Buddhism that I like, 'Go with empty hands,' that is, proceed through life without beliefs, fixed ideas, and the like. Empty-handedness is, of course, a metaphor. It refers to a certain state of mind or mind-set---one that is free, unencumbered, unfettered, undivided, and unconditioned.

When it comes to things theological---indeed, all things---I neither believe nor disbelieve. The belief-disbelief spectrum is one continuous spectrum with belief at one end and disbelief at the other. For example, both belief and disbelief in God are in fact the exercise of the one and the same function, that is, mental faculty or mindset. Belief is an exercise of the function in a 'positive' manner while disbelief is an exercise of the very same function in a 'negative' manner. (Please note that I'm not using the words 'positive' and 'negative' perjoratively.) The celebrated French absurdist philosopher and writer Albert Camus understood this, which is why he wrote in The Myth of Sisyphus that the denial or exclusion of God is still an assertion---not that he was a theist. On the contrary, he was an atheist.

Me? I neither believe nor disbelieve in God. I am 'off the spectrum,' so to speak. (I'm sure that many who know me would say, 'Boy, is he off the spectrum!' LOL.) No, I am not an agnostic, which, as I see it, is simply a 'weak' atheist. Both the agnostic and the atheist lack theistic belief, except that the atheist's lack (and not necessarily denial) of belief is stronger, but both are still very much positioned, and I would say 'stuck,' at various points along the belief-disbelief continuum. In my case, I reject all three positions (namely, theism, agnosticism, and atheism) as category mistakes. ‘The atheist makes the mistake of denying that of which nothing may be said ... and the theist makes the mistake of affirming it,’ wrote Anthony de Mello SJ. In short, belief and disbelief in God are not polar opposites. In fact, the two things are much closer to each other that their respective adherents think. As I say, it is the self-same function.

The bottom line? Go beyond belief. Neither believe nor disbelieve. Instead, work to know and understand. As the Buddha said, ‘Do not believe, for if you believe, you will never know. If you really want to know, don’t believe.’

Make the quantum leap in your mind---now!

CAN WE REALLY LIVE WITHOUT ANY BELIEFS AT ALL? [Part 1]

BETTER TO NOT BELIEVE AT ALL

THE MINDFUL MIND OF NO-MIND