LIVING IN THE NOW WITH FRENCH POET JACQUES PRÉVERT 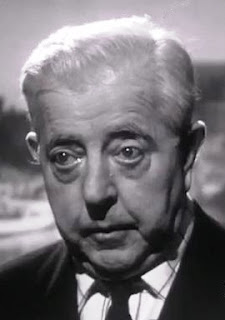 Here's the 'secret' to living fully and mindfully. This is it---learn how to live in a 'small second of eternity'. That's the good advice from a certain Frenchman of yesteryear.

The greatest French poet of last century was Jacques Prévert (1900-1977) [pictured right and below]. His reputation in that regard was established with the publication of his book Paroles (a volume of his collected poems) in 1945.

Prévert was also a distinguished and innovative screenwriter (Les Enfants du Paradis (Children of Paradise), Remorques (Stormy Waters))---a great exponent of French poetic realism---and a vehement anti-clericalist ('Our Father / Who art in heaven / Stay there / And we will stay on earth / Which is sometimes so pretty' [from his poem 'Pater Noster']). I have loved and enjoyed his poetry and fables for children for over 45 years. Actually, I first read a collaborated work of his, the whimsical children's book Bim (which was also made into a film written and directed by Albert Lamorisse of The Red Balloon (Le Ballon Rouge) fame), when I was a child.

What I particularly love about Prévert's poems is his ability to capture a single moment, or a succession of single moments, of the eternal now---for all time. Take, for example, his poem ‘Alicante’:

An orange on the table
Your dress on the rug
And you in my bed.
Sweet present of the present
Cool of the night
Warmth of my life. 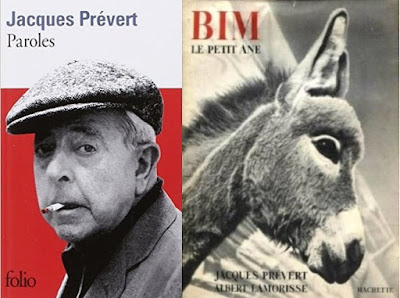 So many of Prévert’s poems are set in Paris, especially the Paris after World War II. Many concern love ('Love is so simple,' he wrote). One finds in almost all of his poems that typically French post-War existential angst and disillusionment but there is also an almost surreal touch to some of his writings. As respects the latter, there is no surprise there as Prévert was once (albeit only for a short period) a member of the Surrealist movement.

Here is Prévert’s poem ‘Paris de nuit’ (‘Paris At Night’). As you read the six lines of this poem you can actually see and feel the present moment renew itself into the next present moment and so forth:

Three matches one by one struck in the night
The first to see your face in its entirety
The second to see your eyes
The last to see your mouth
And the darkness all around to remind me of all these
As I hold you in my arms.

Could you not see and perhaps hear the three matches being struck one after the other? Well, I could. And that imagery of light and dark. There is the light of the present moment---and the darkness of all around it (the enormity of eternity, the great unkown). 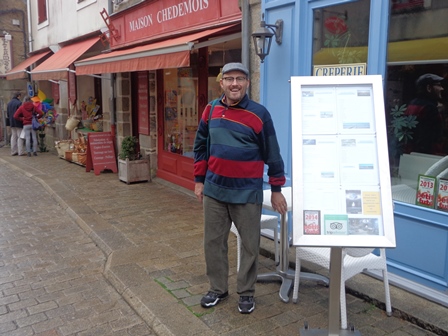 Next is Prévert’s poem ‘Les prodiges de la liberté’ (‘The Signs of Freedom’, but often cited as ‘The Wonders of Life’): 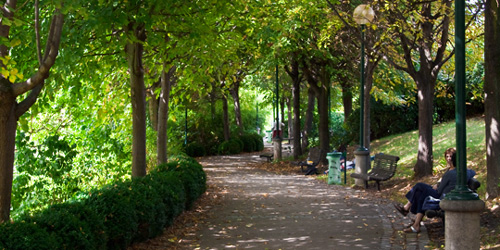 That poem, along with many others of Prévert, reminds me of the haiku poetry of Japan, particularly the poems of Bashō. There is a directness and an immediacy about the words and their flow---a directness and immediacy that is the very essence of the living of these days. It is the practice of the presence of mindfulness from one moment to the next. Take, for example, Prévert's 'haikuesque' poem 'L'Autumne' ('Autumn'):

A horse collapses in the middle of an alley
Leaves fall on him
Our love trembles
And the sun too.

You get the same directness and immediacy of the present moment--frozen in time and space---in the poem 'La Belle Saison' (English title: 'Summer'): 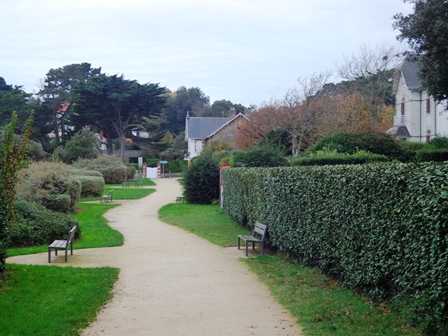 Thousands and thousands of years
would not be enough
to tell of
that small second of eternity
when you held me
when I held you
one morning
in winter’s light,
in Montsouris Park
in Paris,
on earth,
this earth
that is a star. 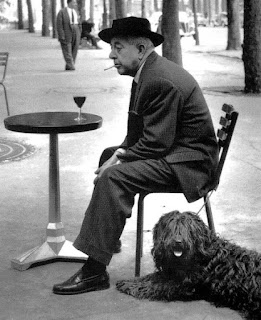 ‘That small second of eternity’ ('that tiny instant of all eternity', in another translation)---that is all we have. In the immensity of all eternity our whole life here on earth is, yes, one small second. That is a very sobering reflection but know this: if you want to live fully then you must live each second as if it were your last. (Not to put too fine a point on it, it may well be your last. Who knows?)

But there's much more to those words 'that small second of eternity', for the only life we can truly know and experience is that ever-so-ephemeral present moment---but it is more than sufficient ... provided we use it wisely. Here's some good advice on the subject from Prévert: 'Life is a cherry / Death is the pit / Love the cherry tree.' And this: 'Eat on the grass / Hurry up / Sooner or later / The grass will eat on you.' Get the message?

Remember this, my friends---‘that small second of eternity’ is of enormous importance. Indeed, it is of infinite importance. It was William Blake who wrote:


TO see a world in a grain of sand,
And a heaven in a wild flower,
Hold infinity in the palm of your hand,
And eternity in an hour. 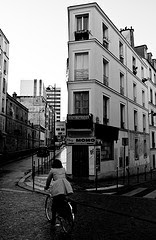 Just as the entire world is in a grain of sand, so the immensity and infinity of all eternity is in each and every second of life---your life!

I will let Jacques Prévert have the final word. It's about happiness. 'Even if happiness forgets you a little bit, never completely forget about it.'

WHAT WE CAN LEARN ABOUT MINDFULNESS FROM CHARLES BAUDELAIRE

MINDFULNESS ACCORDING TO WILLIAM WORDSWORTH

ALBERT CAMUS’ GOOD ADVICE ON LIVING FOR THIS PRESENT MOMENT

THE EXISTENTIAL ANGST OF OUR BEING BOTH OBSERVER AND OBSERVED

MARCEL PROUST AND THE ART OF MINDFULNESS