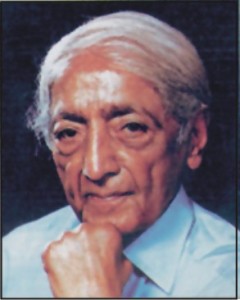 ‘The mind is made up of thousands of yesterdays.’

So said Krishnamurti (pictured left), who often spoke of what he referred to as a ‘complete psychological revolution in the nature of the whole human being.’

This ‘psychological revolution’ – this ‘real crisis in the life of man’ or ‘radical inward revolution’ – can happen instantaneously or incrementally (although Krishnamurti appeared to doubt whether any change which was not immediate could be ‘true’). In either case, the experience is ‘revolutionary.’

The ‘psychological revolution’ of which Krishnamurti often spoke is one which you ‘must radically, profoundly, bring about [yourself].’ It is not something that others can do for you. Only you can effect this change within yourself, and it is a change which affects the conscious mind as well as the unconscious. The change comes from finding a ‘way of living’ where you ‘come into reality.’ It is an awakening, in which we wake up ... and then learn to stay awake.

This liberating experience is a ‘radical’ and ‘inward’ one but it can only happen when an individual realises that inner change is of ‘primary importance.’ That means that you have to want it more than anything else. In that regard, there is an Eastern story which goes like this. A seeker after wisdom asked a master, ‘How can I attain wisdom?’ The mater replied, ‘Let me show you.’ He took him down to the sea and immersed his head in the water three times. Then he asked him, ‘What did you desire more than anything else when your head was under water?’ ‘Air,’ replied the seeker. ‘When you desire wisdom as much as you desired air, you will attain it,’ said the master. (In some accounts of this story the master is none other than Socrates.) 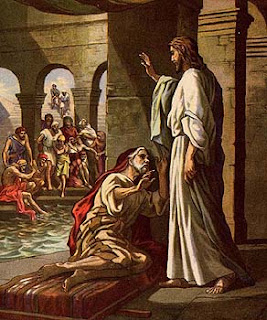 Yes, so great is the power of change that if you want it – that is, really want it – you will have it! But first you must see the ‘danger’ inherent in the way you’re living. Krishnamurti would say, ‘It is like seeing the danger of a precipice, of a wild animal, of a snake; then there is instant action.’ Yes, so often we do not want to get well. No wonder Jesus asked the man who had been an invalid for 38 years, ‘Do you want to get well?’ (Jn 5:6).

This is not some pathetic so-called ‘complete makeover’ of the kind that is so sickeningly popular these days, but a total reorientation of one’s life and being. Everything else becomes secondary to the task of remaining ‘alert’ and ‘anew to the challenge of life.’ What is required is vigilant, ‘thought-less’ self-observation and choiceless awareness of ‘the outer as well as of the inner.’ Says Krishnamurti, ‘To observe the action of the past is again action without the past. The state of seeing – in the form of a disinterested and passive alertness – is more important than what is seen. To be aware of the past in that choiceless observation, is not only to act differently, but to be different. In this awareness memory acts without impediment, and efficiently.’ 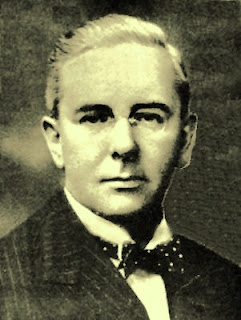 That’s a powerful idea – the only thing we have to heal is the present thought. We need to ‘get the present moment right.’ What we call the past is nothing more than our memory of the past ... experienced in the moment of the present. However, until we awaken to that fact, and stop living in the past, I regret to advise that our present and also our future will all be in the past. We are the result of the past, and all too often we live in the past.

For Krishnamurti the ‘past’ was not the chronological past but all ‘the accumulated experiences, the accumulated responses, memories, traditions, knowledge, the sub-conscious storehouse of innumerable thoughts, feelings, influences and responses.’ All psychological maladjustment can be seen to be a condition of the past, and, if Krishnamurti is right, we can instantaneously free ourselves from the past. ‘Freedom from the past,’ says Krishnamurti, ‘means living in the now which is not of time, in which there is only this movement of freedom, untouched by the past, by the known.’

Krishnamurti had little or no time for those ‘analysts’ who were of the view that it was necessary to examine ‘every response, every complex, every hindrance, every blockage,’ for all that implied a process of time, but nothing which was the result of time could, he said, free us from the burden of the past. For Krishnamurti, ‘choiceless awareness’ was ‘a much simpler, a more direct way’ to liberate oneself from the past. He referred to it as a ‘psychological mutation.’

Ultimately, one’s understanding of oneself and reality is ‘from moment to moment.’ If you can ‘get that right’, then, as Dr Emmet Fox would say, ‘the whole picture will change into one of harmony.’ Gone will be the contradiction, friction and conflict between all the warring ‘I’s’ and ‘me’s’ within that supposed ‘self’ which we mistakenly take for our true being or personhood. We need no longer be anxious, depressed or fearful. Mindfulness, in the form of a constant, meditative choiceless awareness of the ‘inner’ and the ‘outer’, provides us with ever-present opportunities for self-healing, for it is (to quote Krishnamurti once again) an ‘objective, kindly, dispassionate study of ourselves, ourselves being the organism as a whole: our body, our feelings, our thoughts.’

Now, this is important. I am not saying that we can heal ourselves of all maladies including psychological illnesses. As regards the latter, some people can at times experience a gross distortion of reality – a state of affairs which is not readily amenable to healing of the kind the subject of this post ... at least not until other therapeutic modalities are effectually in place. What I am saying is this – ultimately, all healing is self-healing which frees us from the bondage of both the past and a non-existent, but ever so persistent, ‘self.’ Yes, not only must each of us be our own teacher and our own pupil, we must also be our own healer ... to the fullest extent humanly possible.

Acknowledgment is made, and gratitude is expressed,
to the Krishnamurti Foundation of ,

KRISHNAMURTI AND THE TRUE ESSENCE OF MINDFULNESS

MINDFULNESS, THE ‘SELF’ AND SERENITY


THE MINDFUL ART OF KNOWING ONESELF


IMPORTANT NOTICE: See the Terms of Use and Disclaimer. The information provided on this blogspot is not a substitute for professional medical advice, diagnosis or treatment. Never delay or disregard seeking professional medical advice from your medical practitioner or other qualified health provider because of something you have read on this blogspot. For immediate advice or support call Lifeline on 13 1 1 14 or Kids Helpline on 1800 55 1800. For information, advice and referral on mental illness contact the SANE Helpline on 1800 18 SANE (7263) go online via sane.org