Most of us---except those who, for reasons best known to themselves, prefer the 'unexamined life' (which, as Socrates supposedly pointed out, is not worth living)---want to know more about ourselves. We want what is often referred to as 'self-knowledge,' for with that, so we have been told, comes a certain 'power,' 'presence' and---most importantly---'peace of mind.' However, few of us have any real idea of how to gain true knowledge of who we really are.
Many people meditate, in various well-known ways, in order to gain so-called 'self-knowledge.' However, as the great Indian spiritual philosopher Jiddu Krishnamurti (pictured left) pointed out more than once, without knowing yourself there cannot possibly be a state of meditation. Meditation is self-knowledge. Self-knowledge is meditation.

That is why mindfulness meditation has one great advantage---it actually has several---over other forms of meditation where the ‘method’ employed is usually to sit still and concentrate. Mindfulness meditation, on the other hand, ‘happens’ while living, so to speak, and is applied to the whole of one’s life and daily living---from one moment to the next. It is meditation without ceasing---something like what the Apostle Paul (pictured below right) perhaps had in mind when he gave the advice to ‘pray without ceasing’ (1 Thes 5:17). True meditation has no ‘method’---it simply happens all by itself or not at all. It ‘happens’ when you simply---observe! Here is a YouTube video clip in which Krishnamurti and Dr Allan W Anderson have a discussion to find out what meditation truly is:


True self-knowledge means knowing the whole content of your mind and consciousness and the experience of your body---yes, every thought, every feeling, every mood, every sensation. And what do I mean by ‘knowing’? It means paying bare attention to, and being choicelessly aware, of every thought, every feeling, every mood, and every sensation, as they arise from one moment to the next, and observing where they come from. There must be no analysis, no judgments, no interpretations, no self-criticism. If you engage in any of the foregoing, you are no longer living in the present, you are back in the past---inextricably caught (indeed, bound) up in bundles of memories, belief systems, opinions, ideas and so forth. Bad stuff. You bet! Why? Well, it’s very simple. All those things prevent you---yes, prevent you---from experiencing life in all its directness and immediacy. 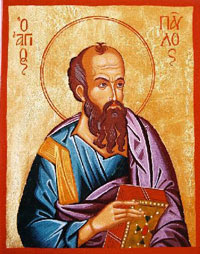 That is why I am totally and implacably opposed to religions and ideologies which require you to believe 'this' or 'that.' Unfortunately, Christianity, except in its more liberal, progressive and esoteric forms, is a religion of beliefs. Buddhism, Hinduism, Judaism and Islam are not, for the most part, religions of belief. You can be a Buddhist, Hindu, Jew or Muslim without holding any specific beliefs. Not so with Christianity, the two main creeds of which begin with the words 'I/We believe.' A so-called 'secular Christian' is an oxymoron if ever there was one, but there can be, and indeed are, secular Muslims, Jews, etc. As for ideologies, Marxism is an example of a belief-based ideology, but I digress. Forgive me.

Beliefs are a menace to society---and a total, impenetrable barrier to true knowledge and wisdom. Beliefs are always someone else's 'version' of reality---the result of someone else's conditioned mind, mental habits and fragmentary thinking, that is, the past. There is nothing of any value to believe, and there is nothing to be gained by believing anything or anyone. Just observe. Then you will know---and understand. You do not need to believe anything, and if you truly want to know---don't believe! Beliefs, being 'mechanical' in nature, and constructed entirely of past thoughts, are for spiritual cripples---that is, those who can't, or won't, think for themselves. In that regard, I have always found helpful these words attributed to the Buddha: 'Do not believe, for if you believe, you will never know. If you really want to know, don't believe.' My point exactly. 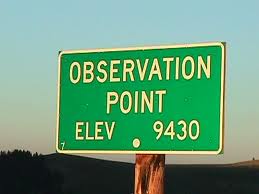 So, we must merely observe, that is, be aware---choicelessly so---of the movement of the mind, otherwise you are back in the past---the so-called conditioned mind with all its baggage and wallpaper. Merely observe.
Of course, that’s not an easy thing to do. As soon as we become aware of something, we almost invariably start to analyze, judge, form an opinion as to whether or not we like it, and so forth. We get caught up in the movement of the mind, which is nothing other than the ‘self.’ As I have said many times before, the problem with the movement of the mind as self is that it is a veritable prison. Unless we are freed from the bondage of self, there is no hope for us. The thousands of ‘I’s’ and ‘me’s’ are nothing more memory and habit.
Krishnamurti denied the separate, independent existence of a ‘Self’ (with a capital ‘S’)---that is, a ‘Supreme Self,’ a ‘Big Self,’ a ‘Higher Self,’ or ‘Atman.’ For Krishnamurti, any such concept was ‘still within the field of thought.’ Possibly. However, the ‘Self’ of which I speak is simply the absence, or freedom from the bondage, of the thousands of ‘I’s’ and ‘me’s’ which, in themselves, have no separate, independent existence. As I see it, the ‘Self’ of you is nothing more nor less than the presence of the very livingness of life in you and as you---that is, the person that you are. End of the matter. I am not referring to anything ‘supernatural’ or ‘hocus pocus.’ When you get rid of the ‘little selves’---which are illusory in any event---you are left with the so-called ‘Big Self.’ It’s as simple as that---so please keep it simple.

Most self-knowledge is anything but knowledge of the person that you are. All too often, the knowledge is nothing more than the ceaseless, mindless, senseless activity of the waxing and waning I’s’ and ‘me’s’ which are solely the result of conditioned mind and thinking. The result of such ‘self’ observation? More and more bondage to self. More and more self-obsession and self-absorption. Not a good thing.
You are wasting your time meditating unless you understand the reality of what I have just written. Krishnamurti wrote that you must first establish ‘deeply, irrevocably, that virtue which comes about through self-knowing, is utterly deceptive and absolutely useless.’ Strong stuff, but undeniably true.
So, don’t engage in self-deception, which is just another way of describing what the world refers to as so-called 'self-knowledge.' The true ‘emptiness’ of which the mystics and the holy ones---in all religious traditions and none---have spoken comes from a total surrender, a letting go, of all desire to do anything other than to observe, to be aware, to know---yes, a letting go of 'self.' Freedom comes from the realization that only a free mind---a mind which is free from conditioning and beliefs of all kinds---can both enquire and know. The problem with most Westerners is that we have taken too seriously the ‘advice’ that we must analyze everything, form opinions, believe this or that, and so forth. It’s all self-deception and self-delusion. There is no ‘way’ to be free---and certainly no ‘path.’ The way to be free is to be free.

There is no ‘path’ to true self-knowledge. There is no ‘technique’ or ‘method’ that can be employed, so don't bother trying to find one---and reject all those so-called 'gurus' and 'teachers' who would try to teach (or sell) you one. If you are looking for, or relying upon, any of those things or persons, you will not acquire self-knowledge. You may acquire knowledge of ‘this’ or ‘that’---but no knowledge of the person that you are. I am deadly serious---as always.
Acknowledgment is made, and gratitude is expressed,
to the Krishnamurti Foundation of ,

FORGET ABOUT HAVING A 'TRANSCENDENTAL' EXPERIENCE!