THE TRUE MEANING OF EASTER: THE ETERNAL COSMIC SACRIFICE 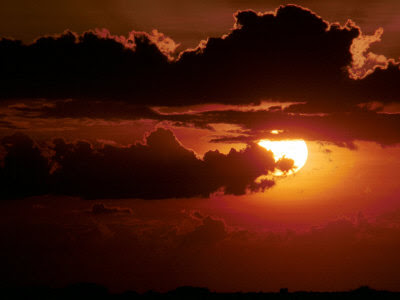 A number of Buddhist writers have expressed considerable disquiet with the Christian doctrine of the Crucifixion. It is so unBuddhist-like, they say. Something so violent could never have been the cornerstone of Buddhism. Like so many Christians, these Buddhists fail to understand the true, ‘inner’ meaning of Easter.

The Crucifixion is an acted parable or dramatization of the ongoing cosmic sacrifice---the self-limitation (crucifixion) of life itself---in which the spirit of life, the one absolute reality which antecedes all manifested things, ever descends into matter, ever offers itself, and ever gives of itself to itself in manifestation, with the result that life, in all of its multiplicity of forms, is perpetuated. It is a mystery. It is a wonder. It is Divine. 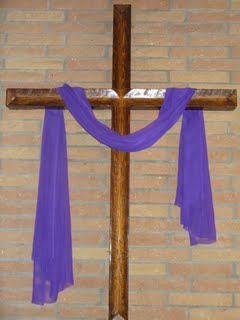 In this sacrificial outgiving---the putting forth of the eternal principle of life as the Logos which freely offers Itself as the ensouling life of matter---the one life manifests itself in all things as all things but ever remains. Said the great avatar, Sri Krishna: ‘I established this universe with a portion of myself; and I remain.’ This is the 'eternal oblation,' the 'enduring sacrifice by which the world is nourished and sustained' (Holy Eucharist, Liberal Catholic Liturgy). This is the sublimest 'myth' known to humanity---the ‘man crucified in space’ of Hindu mythology, the ‘lamb slain from the foundation of the world’ of Christianity---the very self-givingness of life.

In this cosmic sacrifice or crucifixion, the mythic ‘life-giver’---the eternal and immutable principle and spirit of life itself---is, as it were, crucified upon the cross of matter and imprisoned in form. This is a continuing and never-ending process in which each of us has a part. This is the true meaning of Easter. What a tragic thing it is that conventional, mainstream Christianity has so totally literalized and carnalized this truly sublime myth, distorting its true meaning. Then, to make matters worse, there’s all the ‘butcher shop theology’---the ‘Jesus died for your sins’ stuff---which, at least in the form in which it is ordinarily presented, formed no part of Jesus’ original teachings but has its origin for the most part in the mystery religions. Forgive us, Jesus, for what we have done to you and to your teachings! The famed Baptist minister Dr Harry Emerson Fosdick expressed it well when, in an iconoclastic sermon entitled ‘The Peril of Worshipping Jesus’ (in the collection The Hope of the World), he said:

The world has tried in two ways to get rid of Jesus: first, by crucifying him, and second, by worshipping him. The first did not succeed. …

The world, therefore, foiled in its first attempt to be rid of Jesus by crucifying him, turned to the second, far more subtle and fatal way of disposing of great spiritual leadership---it worshipped him. … [T]hat has always been the most successful way of getting rid of Jesus.

Back to my theme. We must never forget the one, common life in ourselves as well as in all that is. Yes, we are all one. All life is one and indivisible. Every form that exists is a symbol of the one, supreme, eternal, never-ending oblation---the spirit of life forever giving itself to its world that it might have life. Yes, the spirit of life, which breathes into existence all that is, is both transcendent and immanent in our universe, forever suffering, dying, rising again, evolving, acting with and through all life. Alfred, Lord Tennyson put it beautifully when he wrote:

That God, which ever lives and loves; One God, one Law, one element: And one far off divine event to which the whole of creation moves. 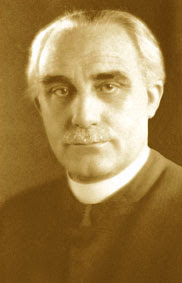 This is the ‘ancient wisdom, the truth behind all true religion---the doctrine of the One Life. As Theosophist and Liberal Catholic bishop Dr George S Arundale (pictured left) often pointed out, ‘The One becomes the many, that the many might know themselves as One.’

Easter is about endings and beginnings. It is about love overcoming hate, hope prevailing over despair, and life triumphing over death. Easter celebrates the fact that the spirit of life is indestructible. As I have said more than once before, we are forever part of life’s self-expression, so we can never cease to be. Yes, we will change form and vanish from view, but we---that is, the spirit of life in us, as us---can never cease to be. Never. Never! We cannot be separated from life. We cannot be less than life. Never!

We read in the Rigveda:

One sun lights up the whole world,
One dawn reveals all this,
One reality has become all that exists.

May you all have a happy and, more importantly, holy Easter.

BEYOND TRADITIONAL RELIGION: THE REAL MIRACLE OF EASTER


TRUE LIVING IS A PERPETUAL RESURRECTION

THE PAGAN ROOTS AND ORIGINS OF CHRISTMAS 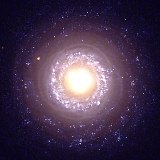