The High Court of Australia, in the famous case of Church of the New Faith v Commissioner of Pay-roll Tax (Vic) (the “Scientology case”) (1983) 154 CLR 120, delineated what is a religion.

In the Scientology case, 4 of 5 justices of the High Court of Australia, in the course of determining whether Scientology constituted a “religion” for the purposes of section 116 of The Australian Constitution, considered belief in a supernatural Being, Thing or Principle to be a necessary indicia of or prerequisite for a particular belief system being a religion.

Religion ordinarily involves all of the following: first, a system of beliefs or statement of doctrine concerning so-called "ultimate reality"; secondly, an associated moral or ethical code of conduct; thirdly, participation in prescribed forms of ritual, observances and other acts of devotion.

In addition, religion ordinarily involves both “faith” and “worship”, accompanied by a system of moral philosophy or particular doctrines of faith as well as a religious community which supports that faith and its organization and practices.

My 2007 doctoral dissertation sought to formulate and propose a more suitable legal definition of “religion” in substitution for that formulated by the High Court of Australia in the Scientology case having regard to salient judicial authorities from the USA as well as non-judicial authorities.

The present legal definition of religion in Australia is misleading, inadequate and unhelpful. First, the definition does not readily accommodate a number of important belief systems that are generally regarded as being religious even though they do not involve any notion of the supernatural in the sense in which that word is ordinarily understood. Secondly, the High Court of Australia has provided little or no guidance as to how one determines whether a particular belief system involves a “supernatural” view of reality. Thirdly, I am of the opinion that it is impossible, philosophically and otherwise, to postulate a meaningful distinction between the “natural” and the supposedly “supernatural”. 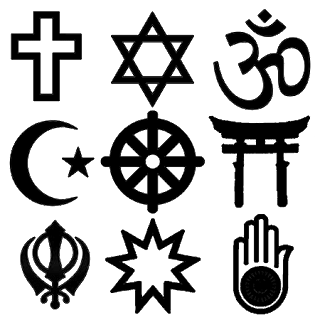 Now, Mindfulness does not involve or require any faith at all ... certainly no faith in a supernatural Being, Thing or Principle ... nor does Mindfulness involve any worship or impose any system of beliefs or statement of doctrine, nor any code of conduct, nor any prescribed forms of ritual or religious observances.

Mindfulness does not require that you believe in one god or many gods, or become a Buddhist, a Hindu, a Christian, or whatever. People of every religion, and none, can derive lasting benefits from the regular practice of Mindfulness including Mindfulness Meditation.

Mindfulness takes meditation … in the form of deliberate and purposeful awareness of the present moment … and applies it, as a psychological and educational tool, to one’s whole life.


What about meditation itself? Isn't that religious? No. Meditation, in one form or another, has been practised by human beings for thousands of years, long before most of the major world religions were formed. Meditation is as simple, and as natural, as breathing in and breathing out ... from one moment to the next ... until the mind reaches a "median", that is, a point of equilibrium, balance, harmony and equanimity. Meditation is simply medicine, or exercise, for the mind which, by the power of its own non-resistance and calm but secure acceptance (as opposed to mere passivity), is truly life-enhancing as opposed to life-denying.

Forget about "expanded consciousness", so-called higher orders or levels of reality, and all notions of transcendence. Meditation may well bring us to a state of choiceless awareness and detached, but otherwise bare, attention that some describe as being "supramundane", "transnatural" or "transrational", but true meditation is grounded firmly in everyday reality, that is, in the one order or level of reality in which we all live and move and have our being.


Unlike religion, Mindfulness is not "organized" ... and may that always be the case. Krishnamurti often told his listeners this little anecdote:
"There is a rather lovely story of a man who was walking along the street and behind him were two strangers. As he walked along, he saw something very bright and he picked it up and looked at it and put it in his pocket and the two men behind him observed this and one said to the other: 'This is a very bad business for you, is it not?' and the other who was the devil answered: 'No, what he picked up is truth. But I am going to help him organize it.'"
If Mindfulness were ever to become systematized and organized, one could never be successfully liberated from all those conditioned responses, predispositions and predilections, and psychological tendencies that otherwise beset us. Religion "believes" ... Mindfulness "knows" and "understands". There is a huge difference between the those two things.

Mindfulness is not a religion, or even a philosophy, but rather a way of being, a way of life, a journey in self-discovery, and an education. Mindfulness, being devoid of all notions of religiosity, is entirely experiential and, unlike most if not all religions, it is empirically based.